Compared with LCL, which one is higher?
+ 查看更多

Date of issue:2019-06-05 11:35
分享到：
Compared with LCL, which one is higher?
In the import and export commodity trade, the buyer is restricted by the market capacity, the buyer's forecast of the market, the buyer's own operating strength and many other factors, so the buyer is specific to the import quantity of a batch of goods in a certain period.
In most cases, buyers order their imports in full containers, but sometimes they order less than one or more full containers. Or, although the buyer orders a shipment from the seller in whole containers, the contents of the container are sold by two or more exporters; Alternatively, the contents of the container need to be delivered to different consignees at the port of destination, sometimes even at different ports of destination. 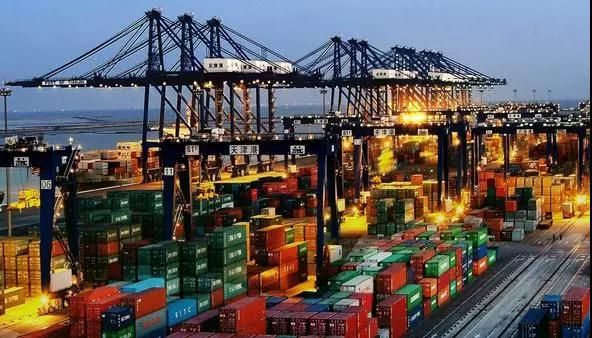 FCL and LCL
In container transportation business, we put a container, an exporter, a consignee, the port of destination, to meet the conditions of the goods is called "four" the whole case goods, and put a container, the alteration, the consignee and the port of destination as long as there is one in two of three or more than two export cargo, is defined as the LCL goods.
LCL and FCL transport costs, whether in the procedures or in the time and cost of the difference is very big, between the two is not the kind of "1+1=2, 1+2=3" and other simple addition and the relationship, but a "1+1>2, 1+2>3" and other strange "inequality.
LCL is more complicated and takes longer to clear than FCL.
First, the whole container of goods is exactly in line with the minimum unit of customs inspection, sealing and release in the exporting and importing countries. A batch of goods, as long as the documents submitted by the exporter and importer are reasonable, legal and complete, will be released through customs soon after the export customs and import customs have completed relevant procedures and collected relevant taxes. LCL is not so easy and fast. Export customs will not release a shipment of goods in a container as long as its documentation is faulty. Because the export customs must seal the containers before allowing them to leave the country. Therefore, in the same container, any goods do not go through customs, is bound to affect the timely export and transport of other goods.
Secondly, LCL cargo is far less extensive and flexible than FCL cargo, which requires the transportation company to solicit and reasonably match some of the loading port, destination port, delivery time, cargo varieties, volume, weight and other aspects of the conditions are very suitable for matching the same container of export goods. These requirements are difficult and take a long time. If the cargo owner consignment transport company operating capacity is not strong, then, the time of cargo transport will be delayed longer.
Third, in general, FCL goods can be shipped directly at mainland ports, while LCL goods are only suitable for delivery at developed coastal ports due to the relatively small supply of mainland goods and relatively large supply of coastal goods. This will undoubtedly add a lot of extra trouble to the exporter. According to the relevant regulations of our government, export goods must pass the inspection of commodity inspection bureau in the place where production is made and export declaration is made. If the goods are declared at the local customs within the jurisdiction of the province (autonomous region, municipality directly under the central government) where the production is located, then only one inspection is required for a batch of goods. Otherwise, if the customs declaration, a batch of legal inspection of export commodities, must pass two inspections, the customs will be released.

LCL charges more than FCL
Under normal circumstances, freight charges for FCL transport by sea generally include freight charges, transportation surcharge and port charges. The freight and transportation surcharge for LCL and FCL should be the same. The difference lies only in the cost of assembling the goods at the port of loading and the cost of unpacking the goods at the port of destination.
Arguably, these two fee should not be high, however, due to the countries all over the world, Labour cost levels vary between regions, and the alteration for those specific differences and poorly understood, or even completely don't know, LCL goods than originally FCL cargo freight use, on the basis of the overall agreement plus a percentage of the LCL, devanning fee and storage fee is very reasonable, but the carrier in order to earn higher profits, often by means of "fuzzy", not specified in the quotation is not what charges, how much, and just generally according to the categories of goods to which the port of destination according to each freight ton how much, The port miscellaneous charges is more casual, and say how much is how much, the carrier has no obligation to explain, the shipper has no bargaining room, how much to charge depends on the specific situation.